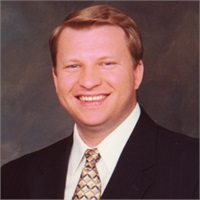 Brian P. Broussard is a native New Orleanian and a graduate of Jesuit High School of New Orleans.  He then received a Bachelor of Science degree in accounting from the University of Southern Mississippi, where he was also awarded a music scholarship.  Prior to establishing his independent private practice as a CERTIFIED FINANCIAL PLANNERTM Professional in 2004, he practiced as a Senior Financial Advisor at Merrill Lynch for more than six years.  Before joining Merrill Lynch, Brian practiced as a CPA (currently inactive) for several years in New Orleans.

Knowledge is power. It’s also the foundation for intelligent, well-considered decisions. When you have retirement in sight, sound decisions are vital in helping you pursue your goals and avoid costly mistakes that can affect the future of you, your family, or your business.

As a Certified Financial Planner™ Professional, I am committed to helping people just like you create solutions for their retirement and business assets. Once I understand your risk tolerance, time horizo... Learn More